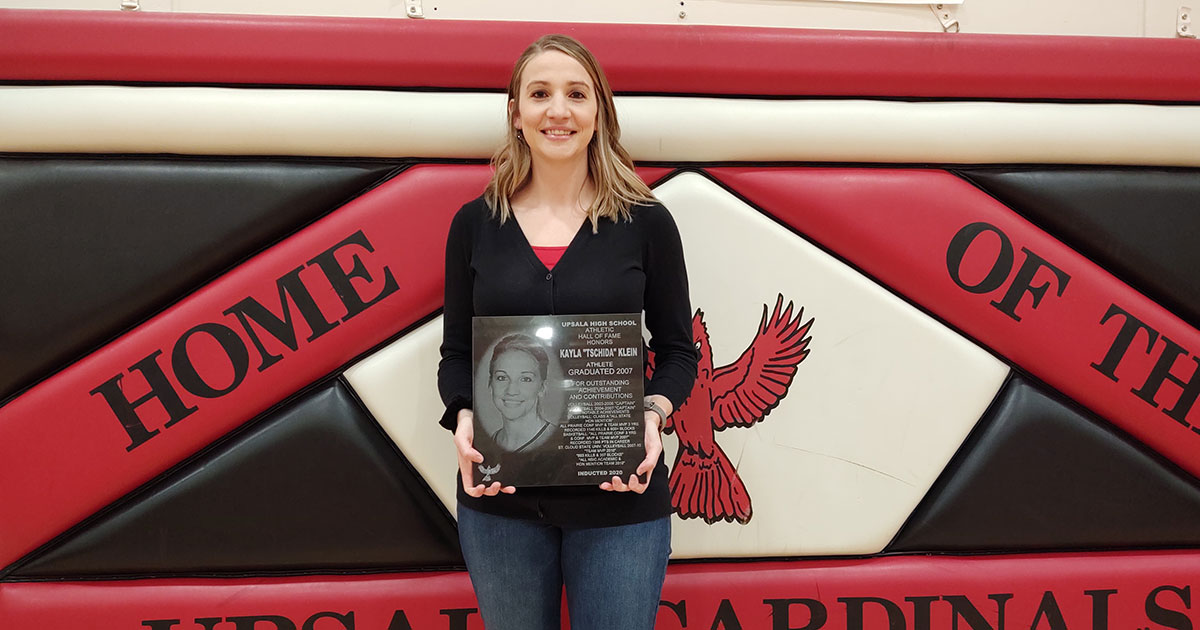 Kayla (Tschida) Klein was a 2007 graduate and lettered in volleyball, girls basketball and softball.

In volleyball she was a four-year starter and Prairie Conference MVP in multiple seasons. She recorded 1,146 career kills and had over 600 career blocks. In her senior year she was selected to the Class A All-State team.

In girls' basketball Kayla was a four-year letter winner. She was all-conference in 2006 and was the Prairie Conference MVP in 2007. She finished with 1,356 points scored.

After high school Kayla played four seasons of volleyball at St Cloud State University, where she racked up 893 kills, a .976 serve percentage, 63 solo blocks and 294 block assists. She was All-NSIC honorable mention in 2010 along with being team MVP and the team's best offensive player that year.

Kayla, the daughter of Sylvester and Eleanor Tschida, currently lives in Rice with her husband Adam and two daughters Alison and Olivia.