Bob graduated in 1958 and was a four-year, four-sport letter-winner in baseball, football, basketball and track. Bob was a once-in-a-generation type athlete whose feats in sports generated stories that had fans, teammates and opponents retelling long after his playing days were over.

Some of the stories told recount his monstrous home runs. One particular story dates back to when baseball was played in what is currently the Upsala City Park. In this now famous game, Bob drove a shot over the right field fence that carried clear over the Mount Olive church across the street. His exploits on the gridiron are just as legendary. His quarterbacking skills and hard tackling were instrumental in the successes of the football teams he played on, especially the 1957 team. Bob captained that great 1957 team.

Bob received multiple all-conference awards in each sport. He also received recognition from the Minneapolis Star in football and in 1957 was chosen to the All-State Football team, one of the first Upsala athletes ever chosen for this honor. After graduating from high school, Bob was recruited by the famed Coach Muarry Warmath and offered a scholarship to play football at the University of Minnesota. Bob also played and coached for many years on the Upsala town baseball team. Bob and his wife, Bonnie, currently live in Upsala and daughter Tina lives and works in St. Cloud. 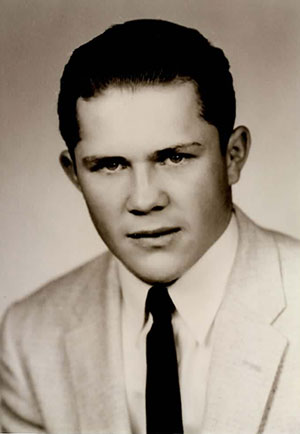