These Cardinals had an unblemished record of eight wins and no losses. They scored 276 points, an average of nearly 35 per game, and surrendered zero points in extending the football team's unbeaten streak to 27 games. During this era of high school play there was no state tournament playoff system. But if there had been a state tournament, there are many that are convinced we would have inducted a state championship team. Many stories have been told about this team through the years … by fans, opponents and the players themselves as they relived the moments of that amazing season. Without a doubt these memories describe a team that absolutely loved to play football. There are memories of offensive and defensive lines that were strong, quick and dominating, able to control both sides of the line of scrimmage. Memories of running backs that ran through truck-size holes and over linebackers and defensive backs. Memories of quick receivers with great hands. Memories of a quarterback that could run and pass, and memories of defense that was outright nasty. There was a reason why many opposing running backs and receivers would often run out of bounds before being hit by these players. A lot of credit for the success of the 1957 football teams needs to be shared with their coach, Don Brever, as he schemed to make them better and also allowed the players to be themselves and enjoy the game the way it was meant to be played. 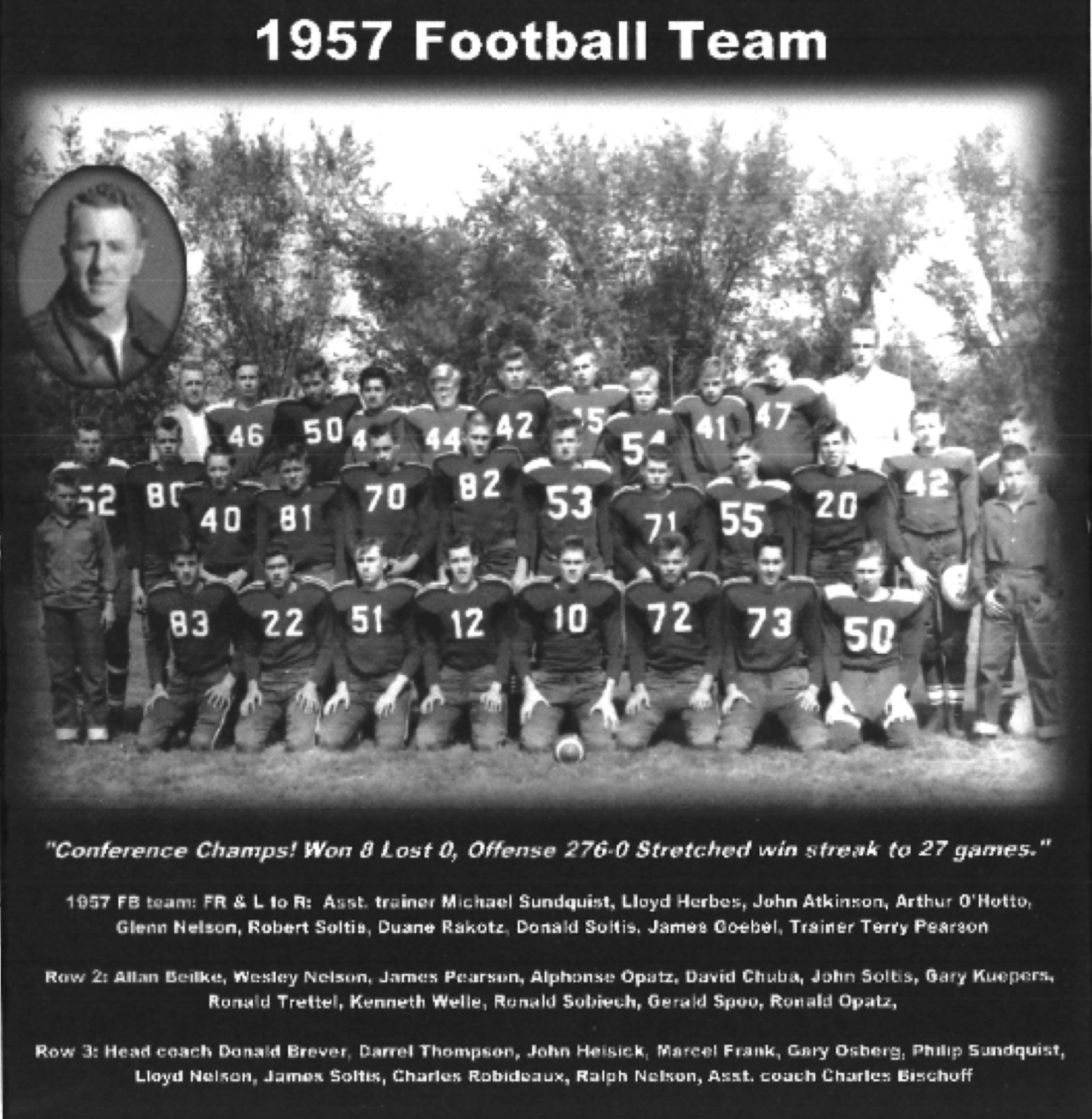